The NPR piece, “Bunny Wailer, Iconic Reggae Singer And Wailers Co-Founder, Has Died At Age 73,” aired on March 2, 2021, the day he passed away. The reporter was Anastasia Tsioulcas, who also did a piece on U-Roy's passing a week earlier. So apparently she's on NPR's reggae beat, if you'll pardon the pun. 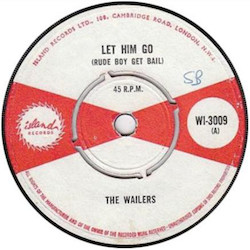 The first half of the piece looks at Bunny's early years in the music business, and includes two poorly chosen Wailers' songs, "Simmer Down" and "Stir It Up." There's nothing wrong with those songs per se. It's just that they're sung by Bob Marley, not Bunny, the ostensible subject of the story. Tsioulcas then pivots to his solo career, noting that Bunny "was recording singles in his own right" when he left the band in 1974.

Well, yes, but he also sang lead on some killer records before going solo. When she was recapping his early career, couldn't she have chosen Wailers' records where he played a more prominent role? Like "Let Him Go" instead of "Simmer Down." Both tunes were recorded at the legendary Studio One. Both were popular enough in Jamaica to warrant a U.K. release. But only one, "Let Him Go," featured Bunny on lead.

And check out the lyrics regarding the plight of Kingston's disaffected youths, known as rudies, about the discrimination they faced and their mistreatment by Jamaica's criminal justice system:

You frame him yourself Things he didn't do You rebuke and you scorn And you make him feel blue Let him go! 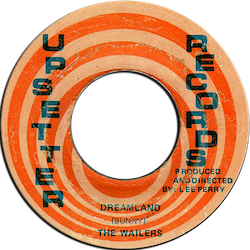 In today's world of protests against racism and police abuse, those lyrics are strikingly relevant. Which makes it all the more maddening that NPR took a pass on one of Bunny's early compositions.

Another odd omission is the Wailers' 1971 recording of "Dreamland." The piece instead uses a 1976 rerecording that Bunny cut as a solo artist. Now if it were me, I'd have gone with the 1971 version. Why? Because it's an example of Bunny singing lead while he was still with the Wailers; because it was big enough to spawn several versions (e.g., a deejay outing by U-Roy, an organ version released on the Upsetters LP Africa's Blood, and a dub remix on the legendary Blackboard Jungle Dub LP); and, finally, because "Dreamland" became almost a signature song on account of that 1971 recording.

If NPR was committed to the later version of "Dreamland," there are other Wailers' records they could have chosen that, again, feature Bunny on lead. Like, say, "Brainwashing," a searing critique of Jamaica's educational system "coming through on a poor man's child." Or perhaps "Pass It On" or "Hallelujah Time," both recorded for the Burnin' LP. 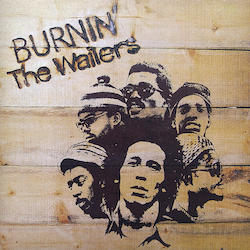 As with Tsioulcas' U-Roy remembrance, I get the sense that she doesn't know the genre very well. But surely someone at NPR is aware of Burnin'. It was released internationally on Island Records, which means you can find it in any decent record store. Or just look it up on Wikipedia, for crying out loud.

I'll admit that I probably sound like a broken record. (Sorry for the pun; that's twice in one article.) I'm happy — as I was when NPR aired two U-Roy obituaries — to see NPR turn our attention to reggae artists who are not exactly household names in the U.S. But as with the U-Roy obituaries, I wish someone who had more than a passing familiarity with reggae would step up and provide better editing.